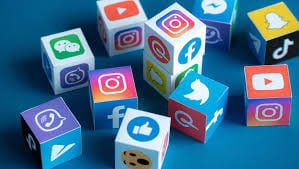 Next week, based on multiple reports, the House Judiciary Committee’s Antitrust Subcommittee is expected to release and begin marking-up a package of five bills targeting the American tech sector. Right away, this narrow focus on changing the rules only for predominantly online firms reveals the misguided nature of the legislative package. The specifics of the bills aren’t any better, from arbitrary rules that will cause endless consumer headaches and security issues to empowering unelected bureaucrats to promulgate new rules that circumnavigate the legislative process and reshape our economy.

Four of the five bills in the package are explicitly targeted at online businesses: The Platform Anti-Monopoly Act, The Ending Platform Monopolies Act, The Platform Competition and Opportunity Act, and the Augmenting Compatibility and Competition by Enabling Service Switching Act (ACCESS) Act (don’t let the names fool you, these are all different bills that do different things). The narrow focus of this significant legislative effort on online firms or “platforms” is the first and a significant red flag. It indicates that the legislators behind these bills are committing the scope of market fallacy.

The scope of market fallacy refers to when the market of a given firm is too-narrowly defined in order to make the firm appear to have more market power than it does. An easy mental model for this fallacy would be to say McDonald’s has a monopoly on Big Macs. Of course, McDonald’s competes with countless other fast food burger restaurants, as well as other fast food options such as Taco Bell and Starbucks. McDonald’s also must consider competition from practically any other alternative consumers have when they’re hungry, including grocery stores.

By focusing these bills on online platforms, legislators are ignoring the competition that the affected firms face in the offline world. Amazon doesn’t just compete in online sales, it competes against traditional brick and mortar retailers. Similarly, Google and Facebook compete against traditional media in advertising. Should these narrowly targeted reforms on the online side of these markets go through, competition in the totality of these markets will be harmed by tying the arms of only some of the competitors.

Getting down to the specifics of these bills, they range from bad to ugly.

The ugliest of these bills is a close call between the Ending Platform Monopolies Act, led by Rep. Jayapal (D-Wash.) and the Platform Anti-Monopoly Act led by Rep. Cicilline (D-R.I.).

Both bills would essentially ban vertical innovations as well as mergers and acquisitions. This is a fancy way of saying that a company covered under either bill would be banned from selling their own products and services as part of another product or service they offer. An easy example is Amazon would be banned from selling often-cheaper Amazon-branded products (something all of their brick and mortar retail competitors have always done). Google would be prohibited from showing Google Maps or Google Reviews in their search results if you are searching for a local business. Apple could be barred from pre-loading its own applications, such as word processors and web browsers onto iPhones and Macs. Facebook would undoubtedly be forced to sell Instagram and WhatsApp, eliminating the existing interoperability between these services. The list of conveniences consumers have come to take for granted and potentially banned by this kind of reform is practically endless.

This reform is commonly called “the Glass-Steagall of the internet.” Glass-Steagall refers to the defunct law that prohibited the combination of commercial and investment banking. Ironically, Glass-Steagall is regarded as a policy failure, making banks inherently more unstable by limiting the diversity of their portfolios.

Rep. Jayapal’s bill goes a step further than Rep. Cicilline’s bill however. The bill essentially would force covered firms into a single line of business, whereas presumably under Rep. Cicilline’s bill a business would be able to operate multiple sufficiently distinct products and services (though this would be up to administrative interpretation). Regardless, under either bill, companies would struggle to continue to provide services that have become commonplace for most Americans, from Amazon Prime Video to Google Docs to Apple iCloud to Facebook Marketplace.

Both bills also give antitrust regulators at the Federal Trade Commission (FTC) and Department of Justice (DOJ) significant latitude in drawing the boundaries of what is and what is not allowed. This throws open the door for politicized rulings and rampant anti-competitive lobbying against covered entities, something that ought to alarm true competition advocates.

The next-most troublesome bill is Rep. Jefferies (D-N.Y.) Platform Competition and Opportunity Act. The bill targets the ability for firms above a given threshold to engage in any further mergers or acquisitions. This is problematic from a competition standpoint because mergers and acquisitions are critical to incentivizing start-up entry into markets in the first place. Investors will not enter a market if they are unable to recoup their investments and exit the market, and this legislation closes a major avenue to investor exit. In addition, this legislation would prevent covered firms from making acquisitions to compete with one another, effectively shielding extant dominant firms from potentially their most significant competitors. This is highly-relevant as, for example, Amazon continues to eat into the marketshare of Google and Facebook in online advertising.

Of additional concern is how this bill flirts with flipping the burden of proof in antitrust proceedings on its head. The bill rather explicitly puts the onus on covered firms to prove their acquisitions will not harm competition. In short, guilty until proven innocent.

While the remaining two bills pursue relatively uncontroversial ends, the means are a different story.

The ACCESS Act of Rep. Scanlon (D-Penn.) is targeted at creating interoperability between covered platforms. While the goal of reducing friction for customers between competing services is laudable, the ACCESS Act creates a host of cybersecurity risks. Right off the bat, there is a failure to acknowledge that open versus closed systems does not directly translate to good versus bad. The more-closed systems utilized by Apple for example, as compared to PCs, do limit the ability of consumers to utilize third-party applications and software, however it is common knowledge that Apple systems are significantly more secure. For casual technology users, these kinds of guardrails likely produce significantly more value than more-open access PCs. The market already provides alternatives for consumers that value greater access and portability, with the tradeoff of reduced security. Eliminating the ability for consumers to choose the opposite tradeoff is anticompetitive and anti-consumer.

In light of the recent uptick in data breaches and cyberattacks, other provisions of this bill create some obvious problems. The bill mandates covered firms share sensitive customer and business data with competitors. Should Amazon be forced to share this information with a competitor based in another country, such as China-based Alibaba? Or Facebook and China-based TikTok? It’s easy to imagine how such a provision could make troves of data widely available and thus easily exploitable by nefarious actors.

The bill also deters innovation and efficiency in the data privacy and security space by requiring firms to first petition the FTC to make changes to their interoperability standards. Firms shouldn’t be forced to move at the speed of bureaucracy to better protect their consumers.

The final bill, the Merger Filing Fee Modernization Act sponsored by Rep. Neguse (D-Co.) is undoubtedly the least controversial of the entire package. That said, the bill lacks necessary constraints on how the DOJ and FTC use the increased funding the bill provides. It is no secret that the current majority at the FTC seeks to significantly expand the scope of antitrust enforcement to push policy priorities that are entirely divorced from competition policy. Congress shouldn’t green-light this undermining of the democratic and legislative process using consumer dollars. There is a serious discussion to be had as to whether or not the DOJ and FTC are properly resourced to enforce the law as it stands, but the administration should not be provided consumer dollars to shape the law as they wish.

From top to bottom, this legislative package does almost nothing to benefit the average consumer. At best, the Merger Filing Fee Modernization Act requires a serious rewrite. Overall, however, the rest should be dead-on-arrival for anyone serious about helping consumers and promoting competition at the true scale of the relevant markets.

Patrick Hedger is the Vice President of Policy for Taxpayers Protection Alliance.