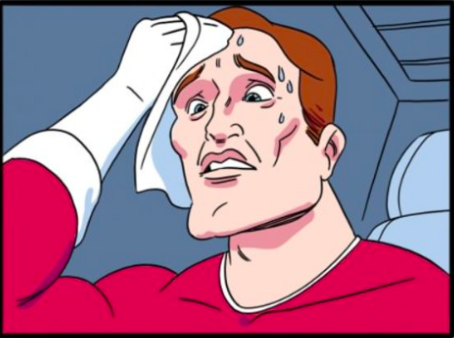 The term “internet exceptionalism” floats around technology and telecommunications policy. Depending on the context, the term generally confers the idea that, because of the combination of the uniqueness and power of the modern internet, we ought not take common approaches to laws and regulations when it comes to online technology. While the internet is arguably the most incredible innovation in the history of humanity, using the term internet exceptionalism paints a misleading picture to lawmakers and regulators. This subsequently leads to proposals that either skirt or outright ignore important structural safeguards, including thing like the First Amendment itself. If we keep insisting that the internet is exceptional, we’ll find ourselves combatting policies that seek to subject online service providers and their users to special rules, largely unmoored from foundational economic and legal principles, ultimately harming the innovation that makes the internet so “exceptional” in the first place.*

A perfect illustration of this problem was recently and unintentionally illustrated by the Senate Judiciary Committee. At a hearing last week, members of the Committee on both sides of the aisle, along with some witnesses representing application developers, grilled representatives of Apple and Google over their respective app stores. The complaints were myriad from excessive commissions to restrictive terms of service to Apple and Google developing their own competitive in-house apps.

Members of the Senate Judiciary Committee are also currently working on a bill called the Integrity, Notification, and Fairness in Online Retail Marketplaces for Consumers (INFORM) Act. What does the INFORM Act do? In short, it imposes all sorts of new restrictions and costs on third-party sellers on online platforms like Amazon, eBay, Etsy, etc. Here are some of the requirements:

All this is to say that the Senate Judiciary Committee is actively looking to make it harder for third parties to sell their products through online retailers.

But isn’t that exactly what they were grilling Apple and Google about?

Apple and Google have a number of requirements they place on third parties to market apps in their respective app stores. While the specifics vary, these requirements are ultimately about protecting the consumer. In the Wild West days of peer to peer (P2P) file sharing, you could (and still can in some places) directly upload and download all kinds of files and software. However, you stood a good chance of also downloading malware that would destroy your device and/or steal all of your personal information. This also remains a huge vector for online piracy. Apple, Google, and all other app stores have huge incentives to stop all of that happening through their stores. This is the reason they have the restrictive measures they do.

Yet the restrictions the Senate Judiciary Committee chose to grill Apple and Google about are means towards the same end as the INFORM Act’s impositions on online retailers and their partners. The press release for the INFORM Act says as much, with the intent of the bill being “to combat the online sale of stolen, counterfeit, and dangerous consumer products by ensuring transparency of high-volume third-party sellers in online retail marketplaces.”

These efforts of the Committee are in obvious tension. Senate Judiciary is simultaneously signaling to the tech sector that they’re both doing too much and not enough to protect consumers from third-party vendors. This kind of Goldilocks-style cognitive dissonance (or Kunu Effect as I’ve previously referred to it) is a byproduct of the internet exceptionalism mentality. The thinking goes that online retailers and app stores are new and exceptional and thus can, and should, be subject to special and highly-specific rules.

We shouldn’t be sending such painfully divergent signals to app stores and online retailers, or brick and mortar retailers for that matter. The fact is that brick and mortar stores impose all sorts of constraints on what they put on their shelves for many of the same reasons online services do. They even create generic products to compete against the third party products they sell! Anyone who has watched an episode of the popular show Shark Tank knows this. The critical questions for every retail product entrepreneur looking for an investment all revolve around how many stores they are in and what their strategy is to convince more retailers to carry their product, including payments for shelf space (slotting fees).

You can’t just walk into a Walmart, Kroger, or Target and demand they sell your counterfeit product that’s covered in lead paint. There’s no reason online businesses should have to offer their digital shelves up without conditions either.

At the same time, we ought not be imposing restrictions that harm online retailers and their third-party partners versus brick and mortar stores. Requirements in the INFORM Act go beyond what consumers expect of their experience in traditional retail. As a coalition of online marketplaces has noted, “While we support efforts to set common marketplace verification standards — overly onerous and burdensome vetting policies unfairly disadvantages small online businesses and favors big-box retailers who have a local store or an established e-commerce presence.”

Congress must realize that online product retailers face the same incentives towards inspiring consumer confidence as app store operators. Policymakers shouldn’t be crosswise with Apple and Google’s restrictive measures while simultaneously seeking to punish Amazon, Etsy, ebay, and others — all while ignoring comparable and age-old facts about the brick and mortar retail sector.

We can and should marvel at the new economic opportunities provided by the internet without making them exceptionally hard to realize because of legal inconsistencies. This is all to say that we should try, to the extent possible, to treat businesses that happen to be powered by the internet the way we’d treat any other business and minimize regulatory divergences between online business models as well.

*Inevitably some will read this section and ask how it can possibly be squared with Section 230. However, prior to Section 230 a website owner could be held liable for what third parties said while on their property, but only if they had exercised their First Amendment rights to remove or limit the speech of third parties beforehand. What 230 seeks to do is correct this backwards logic and codify the hardly-novel idea that you are responsible for what you say, not necessarily where you say it. This prevents companies and users from being held liable for something of which they may not even have been aware. That doesn’t seem all that exceptional. It sounds like common sense.